Its a wet and windy Wednesday night outside in late January, the kids all tucked away in their beds, and I’ve a while to kill before the leaba myself, so why not divulge a little information about the fantastic group of people I’m running with, especially since they’re going to be mentioned in these posts fairly often.

When I started back on the running trail back around 2007, after an absence of about 4 years, its was a purely “me fein” thing. I wanted to run for myself, I could train better myself, and I wouldn’t have to worry about changing my style or pace of running to fit in with a group. So off I tottered around Listowel and any other area that would allow me to spin my wheels, and in fairness I enjoyed that time building a base of fitness, but never really overexerting too much.

That lasted for about a year, when an age old friend, John decided to join me for a run. Now John, you must realise is 6 foot tall and built like an restroom-like abode fashioned from cubic shaped mortar pieces. I remember the first night we ran together. My ego was peaking when halfway through the run, he wanted to stop to get his breath, and made me feel like a pro runner. Now fast forward 3 weeks, when he found his feet and even at that early stage in his running career, he was nearly a minute a mile quicker than me. John is built for running, he has a machine like core and a determination to match. Running with John is pure love/hate. The absolute best company on a run, but by God does he push you along.

As John and I trained away, him getting stronger and faster, me getting slightly faster, time and events passed us by. Mainly the Ballybunion half marathon and Adare 10K were the events we went for. Not much on a years calendar, but they were something to strive for while keeping the running going. And then I had the bright idea, that I wanted to run my second marathon and luckily enough, the inaugural Tralee International marathon was coming up, so I broke away on my own on Saturday mornings to run with a local group going by the name of “Kerry Crusaders” (http://kerrycrusaders.wordpress.com/)…….and thats where the fun begins.

Well then, phew!, what a way to start my 2015 marathon calendar.

Arise at 4:30 to go through my usual routine.
Vaseline and plaster application, put on clothes, double check bag, put on watch, eat GF bagel with honey and lovely cup of coffee to kick start the system.
Fozzy and Greg pick me up at 5:15 and off we head for Listowel to meet up with the rest of the gang for the 3 hour trip to Lilliput in Westmeath.
Quick coffee stop outside Portloaise peaked worry in that the grass in all surrounding fields was fairly white and frosted over, but we put this down to the midlands always being cold, and in fairness it wasn’t that bad. We did receive a call from our early starts, Dave and Eamon warning us that the roads were about to get fairly bad, but we only half took it on board.
As we neared Lilliput however, the reality of just how cold the midlands can get, hit home. 30 mins or so shy of our destination, the roads became really treacherous, and our fellow runner and driver Dec, had to call on some precision driving to get us to the adventure center.
Finally, we arrived around 8.30, and sure enough the early start had been delayed to allow for the ice on the roads to melt. This gave us enough time to register, get our number and get ready in time for the first wave kick off at 9.20. The late start, which was supposed to go at 9.30, ended up going at 10.
You can’t beat an MCI marathon for the sheer determination of the members, Any other event would have been cancelled on the spot, but I have a feeling if the course was under a foot of water, the MCI members would have completed it regardless. Its brilliant to be a part of that and feed off that kind of positive energy and enthusiasm.

So how did it go?

The first mile was extremely cagey due to the ice, so we tiptoed along the course for the first half mile of so on what was basically a sheet of glass until we got to the first trail section,a short run that joins you back on the main road.
To make up the extra distance to complement the four 6.something mile loops, we did a short loop at the start, which brought us quickly back to the start line on icy road, and as such began everything again. Of course, the learning curve had kicked in and everyone had gotten to grips (kind of) with the road surface and staying as flat footed as possible to maintain balance. A lot of grass verge running was going on along the way too.
The next time we met the short trail, at the end of it, this time we went right up the main road to a turnaround point and looped back about halfway. At this stage, we turned off onto a dirt track with a grass center which was frozen solid. We ran out this track for about 1.5 miles to a water stop, turned around and came back to the main road again where we entered it. A quick jaunt down the main road to join with the original short loop made up the main section.

The whole experience turned out to be a mixed affair with the challenging conditions changing at various points in the run. We started off watching each step on the ice, and once you got to grips with that, you were on the dirt track, side stepping and jumping over potholes, loose stones and fallen branches and twigs. Once that was over, you’re back on icy roads to finish the loop. This meant a change in running style at least twice every lap, and I could feel the joints complain especially on the trail section. Even more interesting was the change as we progressed. As the day got warmer (slightly), the ice started to slowly thaw, which gave us better underfoot conditions on the road, but as a consequence of the thaw and the volume of runners going through it, the dirt track began to get very soft and mucky. This added another dimension to the 3rd and 4th laps. In fact, I had run through that section twice without a spatter of dirt on me. By the time I completed the 3rd visit to it, my legs were covered in muck.

Regardless of the above, which may I add is a list of observations, not complaints, I enjoyed this marathon for what it was. A start of season training marathon, with a bit of added excitement to keep us interested.
I felt very good all along the route, water intake could have been more disciplined, as I skipped 1 or 2 of the early bottles. The coldness falsely kept the thirst away, but I should know better than that by now. Dave ran with me the whole way and he helped me keep a lovely pace going which we tired to keep just under 8 mins/mile. We had Tom until mile 15 when he was forced to take a pit stop which left him too far behind to catch up with us, The jellies and cola at each stop were a Godsend, and helped the energy levels to stay going on a course, which although it was flat, was by no means easy.
Had the usual head wobble around mile 20, but a stern and silent monologue (and gel and cola :-)) helped me push through that fairly quickly.
The grind really came for the last 2 miles where my legs began to ache and tire from the past 24 miles of exertion. Thankfully, as we were so close to the finish line, and Dave kept pushing me on, I was able to put the head down and keep a consistent pace for the run home, crossing the line in 3:29:00. A sub 3:30 training marathon, I’ll take that any day.

This was my first MCI marathon and definitely will not be my last. Need to get myself in order and join up. The members are the friendliest group of people you’ll encounter and the craic and conversation afterwards was fantastic. As for Lilliput, what a great location in itself. The amenities are perfect for an MCI marathon. The showers, daunting as they might be initially, are exactly what the doctor ordered after a long run. Strong and very hot. The food that was laid out afterwards would impress anyone. Plenty of soup, sausages, sandwiches, tea and coffee for the taking. Fair enough, a coeliac like myself couldn’t sample much bar the cold meats, but that’s a minor issue easily remedied by my own initiative. 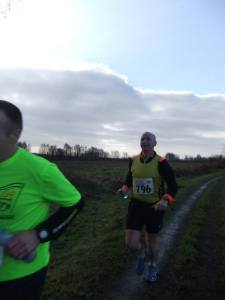 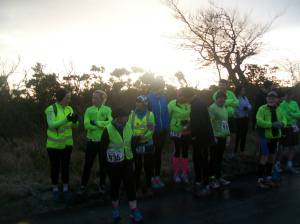 Yeah, so all the other cool kids have their own blog posts about running and races, so never one to be left out, I’ve decided it was time to start a site accordingly, and try to keep track of what the hell is going on with the ever increasing insanity surrounding my running.

To bring you up to date with the marathon road that leads me today at the start of 2015, the list so far

I’m not going to even start on the 5Ks, 10K and Halfs that I’ve done. Read the title, I barely have enough time to write this.

Future runs, event and race reports and random musings shall hopefully be posted here, when I get 5 minutes to sit down and do them.